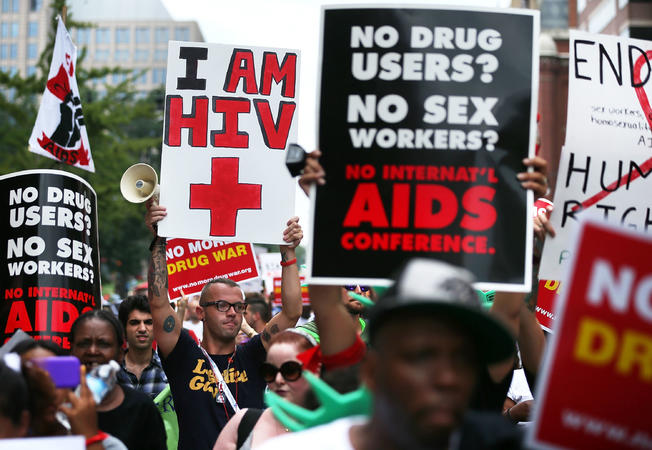 As the nation’s only peer-based occupational health and safety clinic for sex workers, The St. James Infirmary opposes the decision of the IAC to host the 2020 International AIDS Conference in the San Francisco Bay Area.

Due to our current administration’s harsh immigration policies, obtaining visas to attend this conference will be impossible for many of the people most impacted by HIV/AIDS: namely sex workers, people who inject drugs, and people from low- and middle income countries in the Global South. In fact, it is unclear to us whether ANYONE living with HIV will be allowed to enter the US for this conference given our current president’s penchant for undermining the work of his predecessor, who was the first to lift the ban. This year has also seen unprecedented legislative attacks on sex workers from government at the Federal, State, and local levels, including FOSTA/ SESTA, which has already caused immeasurable harm to vulnerable workers worldwide.

Furthermore, the current economic situation in the Bay Area has exacerbated already intense racial and class disparities; an unprecedented number of San Franciscans are currently unhoused due to gentrification and displacement. This affects the majority of our constituents in the Bay Area. We promote peer-based public health initiatives on behalf of Sex Workers, which may be used as a model for improving occupational health and safety standards and developing comprehensive medical and social services for Sex Workers around the world.

For those who do get in, crossing the Bay to go to both the main conference in SF and the Global Village in Oakland is going to be both expensive and impractical; very few people will do it, widening the already massive divide between the researchers and the researched. It is important to us as a community- based clinic that we oppose AIDS 2020 being held in the San Francisco Bay area. For us, that means moving AIDS 2020 out of the Bay Area and the United States altogether.