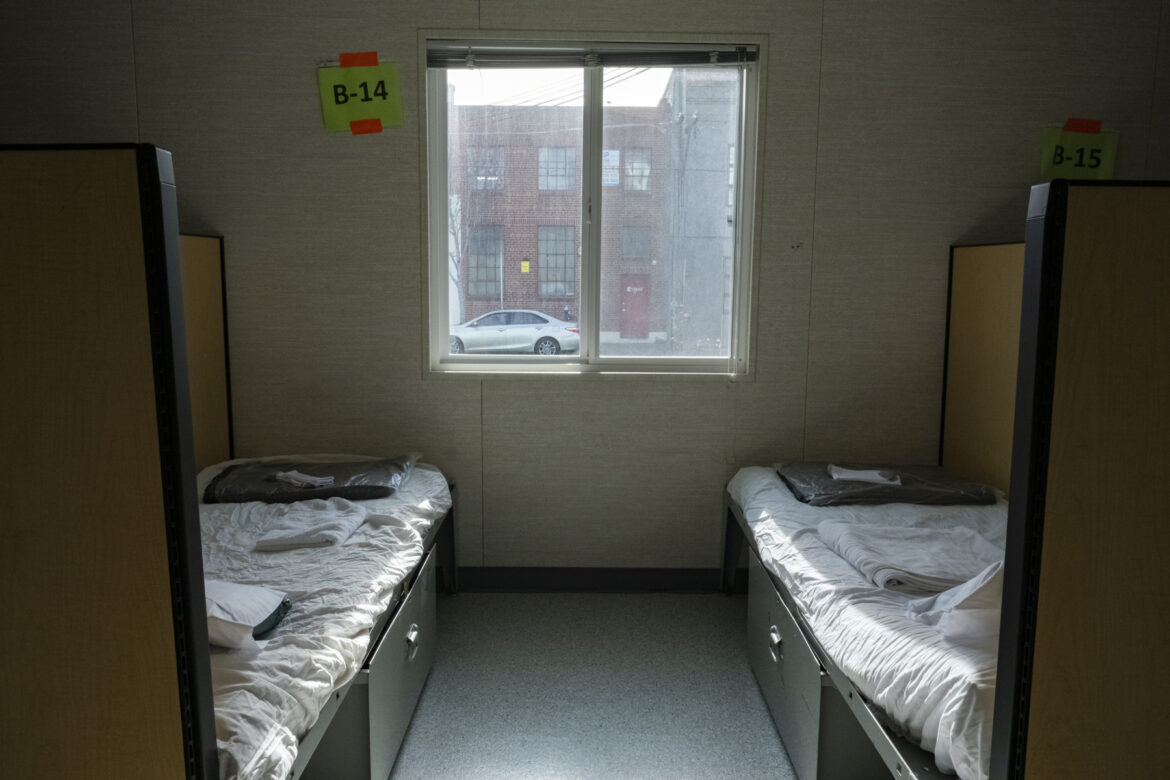 Joaquin Remora moved to California with $1,000 in his pocket, no job and two back-to-back evictions under his belt. The move was a lifesaver.

“I was like, ‘I’m either going to come out as transgender, or kill myself,’” he said. “San Francisco was the only place that I could think of where I thought it wasn’t going to be a problem for me to be trans.”

For the first few months after he arrived, Remora lived in his car. “I didn’t access housing services because it was too overwhelming,” he said. “I was traumatized, I didn’t feel like I was deserving of them.”

“We know that queer people in general, and trans and gender nonconforming people specifically, are overrepresented in the homelessness system,” Shireen McSpadden, director of the Department of Homelessness and Supportive Housing, told the Public Press after meeting with staff and touring the site. “I think that this is the right response.”

It will fill a gap in homeless services that has excluded a highly vulnerable population. Transgender people are 17 times more likely to experience homelessness than the average person, and 70% of those who have stayed in shelters report having experienced harassment, according to a study conducted by the National Center for Transgender Equality. As a result, unhoused transgender people are often reluctant to engage in traditional services.

San Francisco is no exception. A lack of culturally competent shelter staff is something Remora, who eventually got housing and a job with a homelessness nonprofit, witnessed firsthand.

Early in the pandemic, he worked at two navigation centers in the city, where he says he saw staff struggle to address the intersections of violence, sex work and gender identity. The idea for a navigation center that serves only transgender and gender non-conforming people emerged late one night, while Remora worked an overnight shift at the Embarcadero Navigation Center with one of the few gender-nonconforming staff members, Britt Creech. 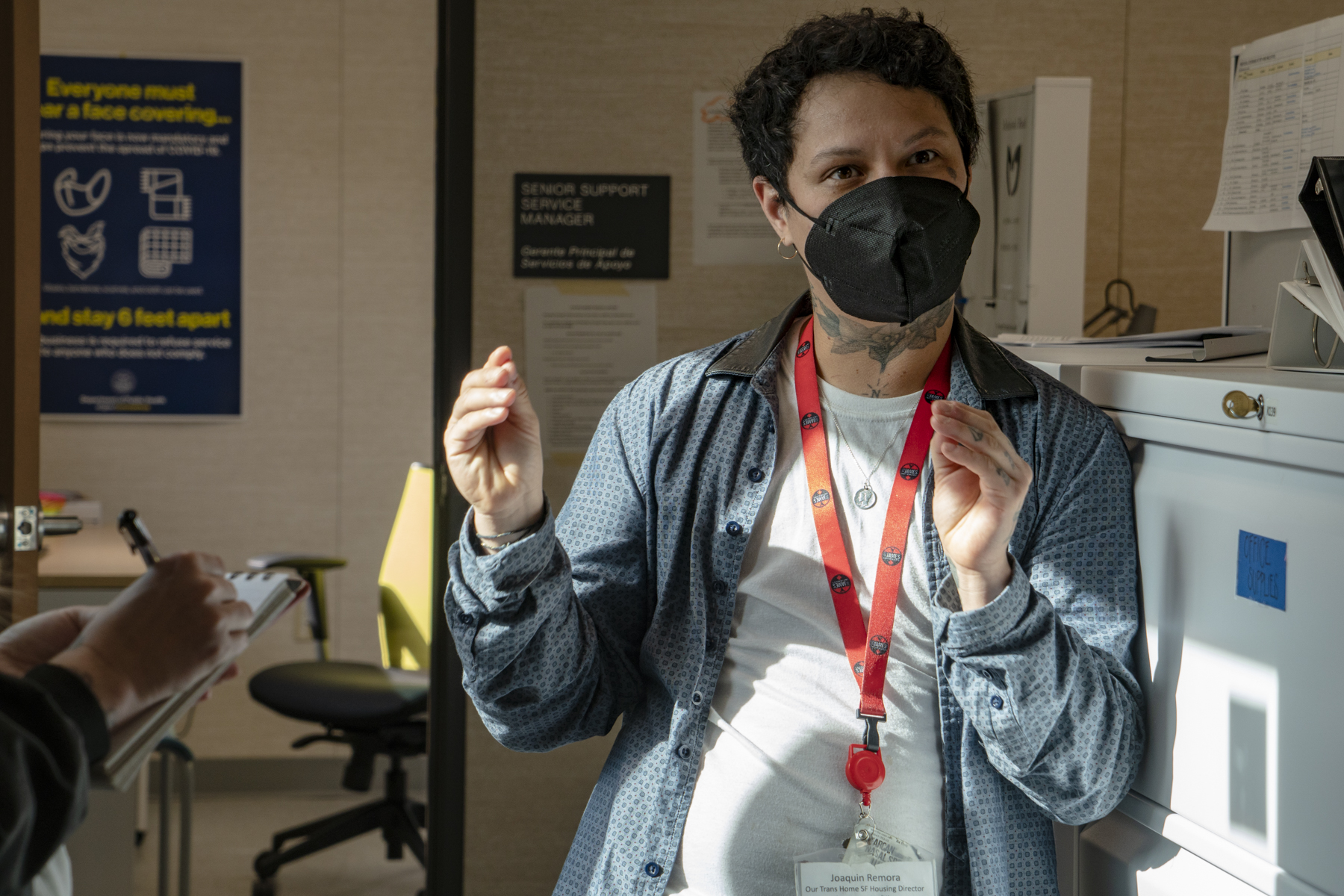 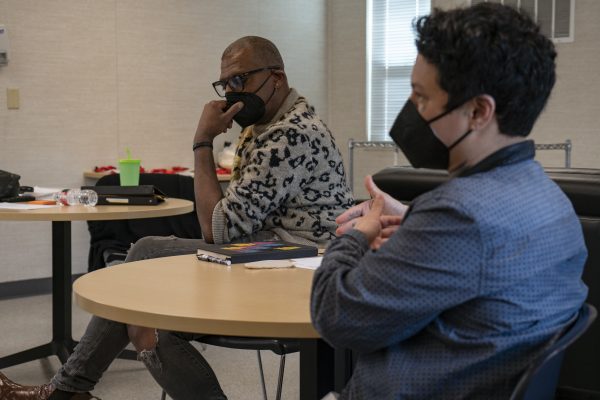 “We just started talking about this dream we had,” Creech said. “This is the most marginalized community that we see. They’ve been let down over and over and over again.”

Several months later, an opportunity to open the center appeared. The Department of Homelessness and Supportive Housing reached out to the Transgender Gender-Variant and Intersex Justice Project, a prison abolition organization, to see if they’d be interested in taking over the Bryant Street Navigation Center, which had been converted to an isolation ward during the pandemic. The organization suggested the city reach out to St. James Infirmary, where Remora was working as the inaugural director of a new city initiative called Our Trans Home SF. All of a sudden, he had a path forward to creating a new type of homeless shelter for transgender people.

Creech came on board as managing site director. Together, they decided to christen the new space the Taimon Booton Navigation Center, in honor of an unhoused gender-nonconforming youth who made a significant impact on them both before dying in 2020.

The navigation center, located under Interstate 80, is one of the few not built in a large white tent. Instead, it has orange and blue walls and a large tree emerging from its patio. Its planters, currently containing struggling greenery, will soon be filled with succulents; Creech has a green thumb. There are plans for murals honoring local trans activists and fairy lights to illuminate the outdoor areas after dark. Gendered signs outside the bathrooms and showers will be removed. 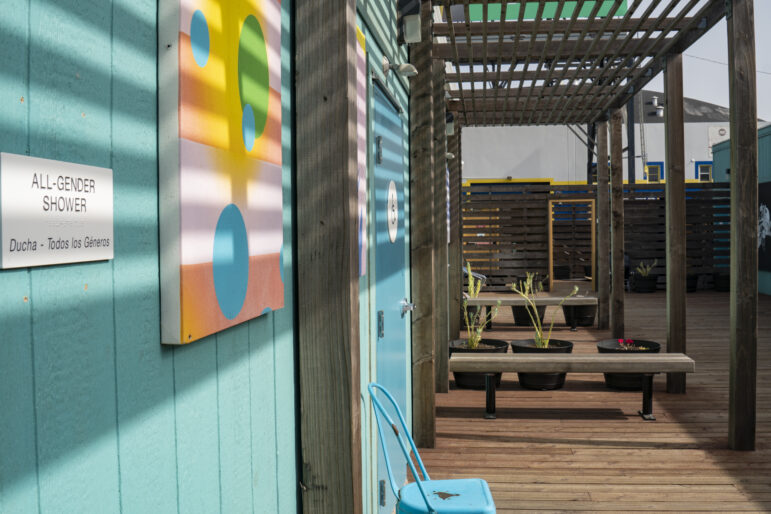 St. James Infirmary’s commitment to hiring employees with lived experience of its clients has continued at the navigation center. Remora recruited staff using solely Instagram posts and word of mouth, hoping to build a racially diverse team of transgender and gender-nonconforming staff. The response was enormous.

“I interviewed 60-something people in five weeks,” he said. “The numbers showed when we started the interview process — and everyone else was having a hard time hiring — how many trans people are not applying to regular jobs, because they know that it’s not sustainable for them or healthy. This is a really big opportunity to work somewhere you can be yourself.”

The commitment to a peer-based model of services is something McSpadden applauds. “I think this can be transformational for people,” she said. “It’s healing. It’s safe. It builds community. That, to me, is really exciting.”

That healing is central to St. James’ mission for the space. Stephany Ashley, St. James’ former executive director, consulted on the opening of the center. “Trans people, and especially trans feminine people, experience so much violence on a daily basis,” she said. “It’s one thing to have a home to go to at the end of the day, and a door to close, that’s your safe space. But for people who are unhoused, there’s never that moment where you’re not subjected to that violence. This place is really going to be a refuge. That’s what’s been missing from the system of care.”

With just a few days to go until the navigation center opens, St. James’ staffers are busy alerting nonprofits, frontline workers and case managers — who already have relationships with transgender people experiencing homelessness — about its presence. A guest list is starting to form, though the plan is to bring in residents slowly.

“People are traumatized, and if they don’t have a space where they can start the day with some peace, then they’re always going to stay in trauma,” Creech said. “We have people in place to help guide them and open those doors. So maybe we start with a little bit of care, get people to open up, then the world’s their oyster.”